Hi guys! This is my post for the TBFN hosted by So Sugar Sweet. I am on Team Lions! 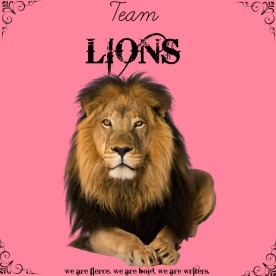 These are the prompts I used: (In order) 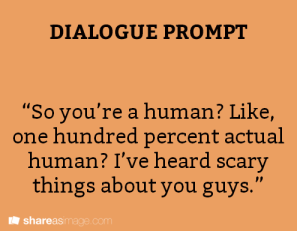 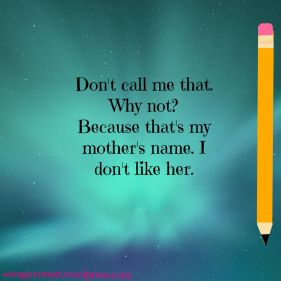 All right, here goes nothing 🙂 (NOTE: This is a dialogue story. This is my first time attempting one so it’s not the greatest, but I am proud of it because it’s my first time.)

“That’s your story? Your whole story?”

“But… what about the boy? What happened to him?”

“What, John. You think I’m sick? You’re not the first. Besides, I’m not sick, I’m twisted. Sick makes it sound like there’s a cure.”

“So you’re saying you want to be human? Like, 100% actually human? I’ve heard scary things about them. If you ask me, that’s not a cure, it’s getting sicker.”

“No worse then what I did to the boy. I hate being an Imaginary. I hate it! I don’t want to break people! I’d rather be a human & get broken then an Imaginary and break them.”

“Don’t call me that. That was my mother’s name. I hate her. She’s the reason he’s broken.”

“I can’t believe the Human Government took  took us in for questioning!”

“I don’t know how they found us in that old cabin. It was in the middle of nowhere!”

“And I want to go to the moon. It ain’t happening sweetheart. Try to accept that.”

“How can you quote Samantha Lion to me right now, Rue? We’re in a police station.”

“Don’t you get it?  Me calling you Rue is the least of our worries. We are in a police station. A police station! We’re 15 years old!”

“Mother didn’t care about age when she made me break him.”

“Look, I am sorry that you broke him. But you didn’t even know him! So, please get over it so we can get out of here?”

“Don’t you get it? You’re the goody-goody reverse. You’ve never broken anybody. You don’t understand the price that comes with our power.”

“What’s this ‘price’ you’re talking about?”

“You really don’t get it, do you? If you did, you would’t have that arrogance in your tone.”

I hope you liked it! I will see you tomorrow with a Camp NaNo update!

I'm 12 years old and love to write fantasy, fiction, and dystopian. non noveling interests: dreaming <3 clarinet, singing loudly, track, soccer, dancing badly, & misc. I post about my writing, advice, music, photography, and everything else under the sun. Welcome to my little corner of dreamers, I hope you enjoy your stay. 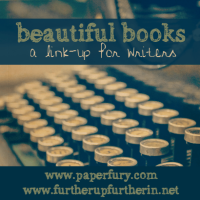 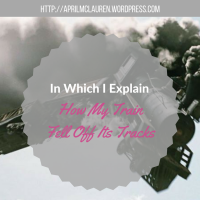 Don't be a Star- Stealer!

Please don't steal my stars, my graphics, or my post content. And definitely not my dreams. Or else you just may find yourself with a shooting star shooting at you. They're pointy.

Credit to These Stars